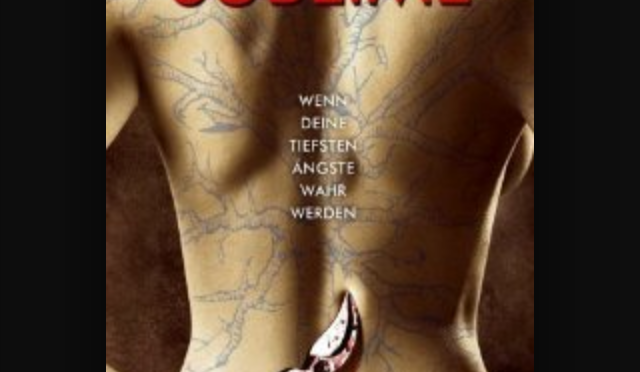 Is a very layered and symbolic movie, It is intentionally designed for the thinking man.  In fact, the director describes the movie as a thinking man’s horror film.  The film is like an onion, in that it has layers on top of layers, and really, depending on what mind set you are bringing to the movie that which you derive from the movie will be different.  I will explore some of the themes that I felt spoke to me.

The main theme of the movie is FEAR.  The film explores the power of fear, and how fear drives our life on an subconscious level, which eventually bleeds over to a conscious level.  It shows how these fears swallow us up so much that they eventually become the sole purpose of our existence.

This movie is unique, in not so much that it is told from the Patriarchal-White-Male perspective, but that it gives this Archetype vulnerability—It finally gives perspective to the truth of this archetype.

That despite how much power it has assumed, it is helpless in so many ways, because fear dictates its actions. The film also makes a bold statement: that perhaps this archetype need not to exist in order to save the world. This film gives insight into the white male psyche, all of his fears, EXCEPT PERHAPS ITS GREATEST, is placed into one progressive narrative. The film is a purge of sorts that has many levels to it. I will delve into but a few, the same general themes that I like to embark upon, although, the ironic part about this movie was that there was no BLACK FEMALE ARCHTYPE in this movie (Which I hold true to be the White-male-patriarchal archetype’s antithesis) .

The story is centered around the main character, George Grieves. He is a liberal, upper-middle class white male. The day after his 40th birthday he goes in to have a routine colonoscopy, but do to iatrogenic complications he has a series of unfortunate occurrences. This is when the movie splits into its many dualisms.  The primary dualism is the narrative inside of George’s subconscious mind juxtaposed to the narrative of George’s actual life. In his subconscious life, he has a botched routine surgery that leads to him having his spleen removed erroneously, and he also gets staph infection leading to leg amputation. In his actual life he has a botched surgery that leads to him being thrown into a coma/vegetative state for several months.

The majority of the film takes place in the subconscious of George. Of course the viewing audience is not aware of this because, as a viewer, you are not sure what is real and what is not until the end of the movie, because the narratives are shown conjointly.

As in most of the movies I have commented on, the protagonist is casted in the light of Jesus or rather the Christ Archetype. At his birthday party before his surgery, he literally recreates the last supper scene with a photograph, with him being Jesus. He also received an olive tree, which is representative of the garden of Gethsemane, the final place Jesus roamed freely before he was captured and crucified. Even his botched surgery scar is located in the same place that Jesus was pierced by the spear while on the Cross.

In the opening sequence of the movie there are two paintings. Directly above his head when he awakens from a dream is a painting of Adam and Eve, and as the camera rotates there is a painting of an incubus assuming a dominating position atop a helpless woman. This theme is reverberated throughout the movie and recreated in various ways–always, George in the helpless role and various characters in the role of the incubus. The incubus, of course, is a symbolism of George’s fear. And George is a representation of the typical patriarchal-white-male archetype.

Now I will explore the FEARS of George as expressed in the film.

Another prominent figure in the movie was a female nurse named Chloe.  In the subconscious life she was responsible for George receiving the staph infection, because she accidentally cut his leg when transporting him for his initial surgery.  She ends up caring for George predominantly, and is his means of being transported around the hospital in a wheel chair.  She provides much of the answers to the questions that George ends up having, because no one else is around.  She is depicted in the real world as a relatively attractive young woman.  But in his subconscious life she is depicted as a sexy, flirtatious young woman.  Her attire becomes tighter, her dress becomes shorter etc.  She then becomes a representative of George’s fantasy. She is a living, breathing representation of George’s fantasies and desires.  At one point, after George is convinced his wife cheated on him, Chloe approaches him—this is near the end of the movie.  She is very appreciative George did not have her fired because of her being the reason his leg needed to be amputated.  George is helpless on the hospital bed and she begins to copulate with George.  She mounts him and is having sex with him while facing the opposite direction of him, she begins to disrobe and on her back is a tattoo of the “Tree of Life”.  George asks her what the tattoo is and she reveals to him what it is. 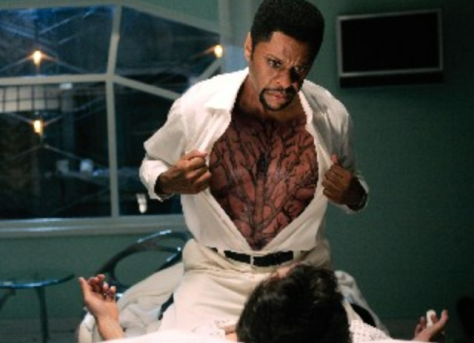 Shortly after this scene, comes in Mandingo. This is when he mounts George in a similar fashion as Chloe except that he is facing George.  George is even more helpless at this point; he cannot even speak because he has a feeding tube in his mouth. This is when he begins his soliloquy about being the sum of George’s fears.  Before he begins to torture George he hops off and pulls back a curtain to reveal the patient next to the George. It is an individual wrapped from head to toe in bandages, the person’s arms and legs are missing and they are badly disfigured.  Mandingo has a blade in his hand implicating that this disfigurement was done by him.  He then flips the body around and the “Tree of Life” tattoo is displayed on the characters back and George realizes it is Chloe.  Mandingo then remounts George and rips open his shirt and the “Tree of Life” tattoo is displayed on his chest.

The implication of this sequence is powerful and layered.  On one level, you have the idea that George’s fears were such a powerful force that they literally dismantled his fantasies.  He allowed his fear to be the most powerful force in his mind.  His “Tree of Life” no longer sprang forth from his fantasies but became hijacked by his fears.  Also, there is the homo-erotic aspect to the scene–George feeling emasculated and totally helpless in the presence of a Black man, and that Black man confronting him with all the ills that he has placed on society–“he” of course being a representation of the white-patriarchal-archetype–and Mandingo being a representation of the original man or all the exploited people of color around the world.  This foretelling one of the white-patriarchal-archetypes biggest  fears– that the disenfranchised will eventually rise up and destroy the “The American Dream”.

At the end of the torture sequence, Mandingo told George that he was now empowered and set free.  George then immediately limped out of the bed, hobbled to the window, and jumped to his death.  As he died in his subconsciously life he flat lined in his real life. (The as above so below concept) Ironically, enough this fulfills the Jesus or Christ Archetype.  Christ had the power to save himself but allowed himself to be killed (suicide) as George was burdened with all the fears of the world and he “freed” himself through death.  This film alludes to the fact that this white-male-patriarchal archetype needs not exist as well as it’s illusions of the “American Dream”.  This film clearly implicates, that this archetype needs to be sacrificed as is and re-birthed anew–and to take on a new role.  No longer, avant-garde of society but that of willing participant.

All in all, I found this to be an excellent film for the thinking man.  Although, I found it interesting that this film did not have the Black-Female Archetype. –Which coincidently, this film chose not to touch on any aspect of spirituality.  Which if you have read any of my past blogs; you understand that I feel the Black Woman is the mother/guardian of spirituality.  The fact that there is no black-female character in this film and no mention of God is no coincidence at all.  I just found it very glaring that the creator of this film chose not to acknowledge either.  That which is actually their greatest fear they chose not to put into the film.  That which could cause the sum of all their other fears to come to fruition was not put into the film.  Ironically enough, It also could have been the one thing that could have saved George from being swallowed by his fears–spirituality.

To me, that says so much.  But that is another blog, for another day.