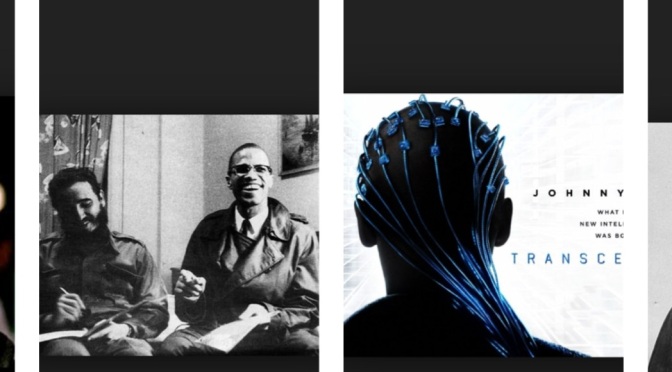 Recently I watched two movies: “Divergence” and “Transcendence”. I will not give so much a summary of the movies in this blog entry, but I will give what I gathered from the movie.

Both movies are a foreshadowing of a dystopian future of some sorts. “Transcendence” alludes that in the future the earth will be comprised of one nation, under one man’s rule, under one man’s mindset, and all that will hope to survive have to be linked to this man in mind, body and soul via a digital sort of mind link. On the other hand, “Divergence” depicts a dystopia of a different nature. In this future setting people are controlled by their personality or output towards life. People are separated into distinct categories and only allowed to perform a predetermined set of functions. For example, you have your dauntless branch and their job is to protect the civilization, the erudite are seekers of knowledge and have more to do with managing the civilization etc. In this movie, individuals are not free to decide their fate (Yet free to choose which category they will live their life out as.) and any who shows signs of being a “divergent” or free thinker is killed.

These movies provided a strong commentary about those who are suggestible to being led and those incapable of being controlled…And the consequences of each.

These two movies also provide insight, from a social standpoint, of our perception or conception of what the function of God is. Or how some would like God to be. I have specific views about creativity, I personally do not believe that man is a creative being but merely a conductor of things considered “creative”. So when I view a particular work of art I filter it through a different lens. Not so much of a standalone work of art, but more of an ideal pulled from a pool of collective consciousness. So I see it as—there is some segment of society who readily identifies or will readily identify with what is being portrayed by the art form.

In the movie “Transcendence” we have this pale skin man who’s aim is to “make a better society for us all.” He feels that in order for the earth to run as it should there should be one mind in control of it all. One set of core values governed by one individual and one state mind. At one point of the movie they ask the character if he’s attempting to be like “God”. His response was something along the lines of isn’t man always attaining to such. From this we gather one segment of the society that we live in views on God.

In the movie “Divergence” we have a future of a different degree. In this movie we have no idea how encompassing this network of individuals are. How many populations are there beyond the walls of this community we don’t know. We simply have an isolated community that lives within a system– a system that is dominated by lack of free will. In this society the illusion of free will is granted. Yet anyone who has any true free will is slain. In this movie we have a small group seeking to usurp the power of the entire community and for what gain– it isn’t clear. Ultimately it is control for the sake of control.

In this movie we gather an alternative depiction of “God” or at least his methods.

–an unknown figure who sends others to do his bidding. –System oriented (does not want anything outside of the system in place to exist.) –Unquestionable authority.–Repays disobedience with violence. –Political. –Deceitful in nature.

Thus from these two movies one can gain insight as to the author and man’s perception of what it is to be god. The removing of free will… which is quite ironic because god is the definition of free will… Of choice… Of decision… To withdraw that and dictate circumstance is a confinement of the opposite orientation…To emasculate a people of their self-empowerment and awareness is anything but benevolent. If one truly had control one wouldn’t have to impose their will. Only those without any true authority have to constantly iterate how much authority they have.

Now if we look at the definitions of “God” that we gathered and apply it to some of themes we experience in everyday life, we can truly see who is trying to play god among us. We can see if the idea or perception that we ourselves have of god is truly a healthy one.

How much different is the God we were taught to pray to each night?

If we applied this definition to any particular organization, religious group, political state, or government– would it fit. If so, is that something you should follow without question?

I don’t have all the answers. But I sure have plenty of questions?

Are you a Divergent? Can you transcend your thoughts?